Our train… One of the most-loved and longest standing features of Beale Wildlife Park. There has been a train on the narrow gauge railway since the 1980s – originally a steam locomotive and now a diesel called Howard. The 1.6km track runs from the station, Howard’s Halt, near the site entrance and loops around much of the park, offering excellent views of some of the animals, from Shetland ponies to Meerkats. Its carriages can accommodate 70 people, and include wheelchair access.

The shiny blue and red locomotive runs seven days a week, every 20 minutes, and is operated by a committed team of four drivers. This includes Dave – a former lorry and coach driver. Dave explains: “The train really is one of the iconic images of Beale Wildlife Park, and much loved by visitors of all ages. It’s fairly straightforward to drive but you do need your wits about you to watch for any pedestrians crossing and to slow down to give visitors the best sight of our animals.”

Bruce has been driving the train for two years. His family has long taken a keen interest in steam trains, and he recently finished restoring a steam roller – a labour of love started by his father in the 1970s. He adds: “We often have babies and young children taking their first ever train journey. We even had a newly married couple on board in their wedding outfits. Howard has seen it all!”

The 10 ¼ inch track was designed by renowned railway experts, Alan Keef and David Laing. The station is named after one of Beale Park’s original trustees and managers, Richard Howard, and the carriages honour his children. 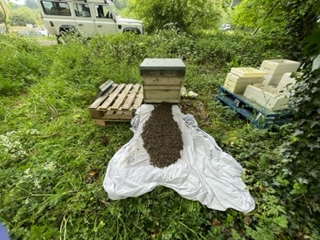 With the warmer weather, our honey bees are now active again and the queen will be reaching her greatest rate of lay this month. Our beekeeper, Rod Hogg, has installed further hives in our orchard...

END_OF_DOCUMENT_TOKEN_TO_BE_REPLACED 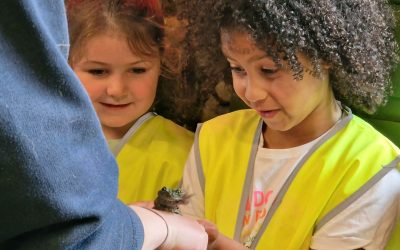 Looking for a holiday club with a difference? Zoo Academy offers a unique experience for 6-12 year-olds. With an immersive zookeeper experience and a hands-on conservation project, it’s the perfect...

END_OF_DOCUMENT_TOKEN_TO_BE_REPLACED 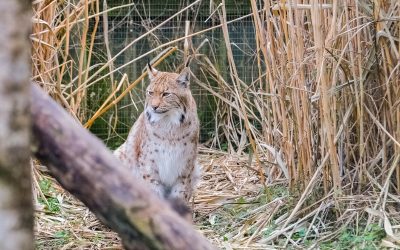 Owls and wildcats off show for exciting project

Please excuse the small area at the far end of the park, which is temporarily closed for renovation. We are working on an exciting new enclosure for our lynx, Finn and Lox. It means that the owls...

END_OF_DOCUMENT_TOKEN_TO_BE_REPLACED
« Older Entries
Next Entries »
We use cookies on our website to monitor its visitors, to better understand how they use it and track usage. By clicking “Accept”, you consent to the use of ALL cookies.
Cookie settingsACCEPT
Manage consent